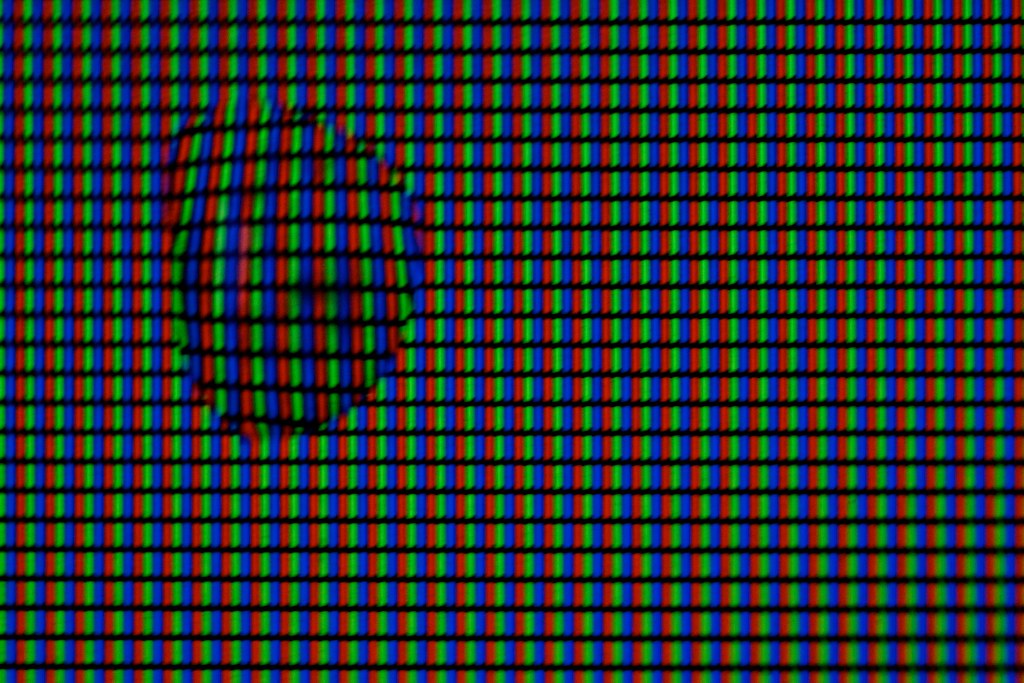 What is that being that is born and lives and dies when one looks at the screen? In this particular parabiosis, one side broadcasts; the other receives the broadcast, and while maybe they adjust the broadcast, really one is more reliant on the other. Without a human, the broadcast continues regardless. The screen doesn’t need you; but you need it, because it is both an environment and the self-in-that-environment, in one being. It just requires a receiver to decode the data. Yes, this is all just cybernetics, the “communication and control between human and the animal,” but when we engage with the screen, we also conjure a union and forge a particular psychological identification.

In film theory I’ve read this described as the ‘transcendental subject,’ and almost every blog post I seem to bring up apparatus theory, that one psychologically identifies with the act of viewing itself when viewing the screen.1 The particular cinematographic and editing logic creates a syntax of dreamlike experience, as well as a phantom person one steps into: the frame, the viewer, the experiencing self. Feminist film critics have employed this to argue the male gaze for decades; I am instead concerned with the transcendental subjectivity inherent in interactive contexts, as its subsequent active psychological identification creates new transcendental beings from the limits and laws of the environment and this transcendental subject.

… the instructions received by the insect nervous system must be pretty much a result of the way it is built, and not of any personal experience. Thus the insect is rather like the kind of computing machine whose instructions are all set forth in advance on the “tapes,” and which has next to no feedback mechanism to see it through the uncer­tain future. The behavior of an ant is much more a matter of instinct than of intelligence. The physical strait jacket in which an insect grows up is directly responsible for the mental strait jacket which regulates its pattern of behavior. Norbert Wiener, The Human Use of Human Beings2

As human intelligence is a feedback loop that iterates itself; designs and employs tools as extensions of the self; and changes the environment to cultivate the aforementioned, animalic instinct is instead comprised of following limited interaction paths fixed from the development of a physical body in a space. Animals don’t really learn like humans learn – they have a very fixed way of interacting with their environment, and they are trapped in those interactions, those instincts.

Likewise, in virtual environments, when one creates interaction, one creates instinct. When one limits interactions, one then creates a transcendental experiencing self with those limitations, who is only lived when transmitted into the human. In the unconscious, this instinct becomes something one can master, a playful facet of the human will placed into a particular cage of actions and environment. For this new being, one can only follow instinct.

In ‘conventional’ film theory, the viewer is that thing which receives, the subject waiting to transpose into another, more powerful version of themselves in the screen. Vision is a penetrative sense, and powerful as a tool against other subjects – but vision also provides a weakness in its capability to be enraptured. During the act of viewing – like one protocol passing its data onto another for continued transmission – the gaze links to the screen and time begins to pass by, unnoticed.

This tenuous connection is the primary identification itself, that union with the act of viewing – and it writes itself to the human’s memory, to disk through experiencing the second subjectivity; it has direct access to the body through the interface of this phantom experiencing self. Your heart beats faster as you hear the heartbeat; your dick becomes engorged by the quick and subliminal assessment of sexually dimorphic signifiers – or rather, the signifiers that it is convinced is there.

The eyes are the fastest interface to the body, so long as the data is itself embodied vision or can otherwise be parsed as a subjectivity. The human can be hijacked with the recursive gaze, if only so far as the access is meant to store and incept information and map sensations in correlation with that information.

Film theorists (especially Marxist and feminist analysis) have applied that last point toward ideological critiques of the filmic apparatus; after all, the best way to destroy something powerful is to point out that it exists. Every form of ideological dominance seeks sublimation: it doesn’t exist, because it is an entire world unto itself. It’s not a religion; it’s not political; it cannot be anything but the world itself.

However, when it comes to the relationship between the active participant and this second subjectivity, this theory needs a firmer translation. As apparatus theory is based upon the Lacanian mirror stage – that of the child seeing a more powerful self while immobile and able to visually process – interactive contexts either transpose the mobility onto the agency of the receptive subject; or refract the subjectivity, reframing it into an interface that exists without human-analogous vision, or rather an interface that posits subjectivity entirely as one an immobile object.

Take, for example, the subjectivity involved in a puzzle game, or an interactive novel; take, for example, navigating a MUD or a roguelike (an actual roguelike), or even just gazing at a control panel. When you are hacking a fake computer on your computer, the recursive gaze has its power in the initial application; additional recursion is merely additive to the first layer of recursion.

If the subject of a film is the dreaming self, the subject of a video game is the animal. It cannot do anything beyond what it was built – or has evolved – to do. A cow can only answer you with a ‘moo,’ and Master Chief only knows how to fire a gun. It’s Cortana who is free to wander outside the gaze, outside the limits, and perform actions you couldn’t begin to understand how to perform yourself. She even has an omnipresence above and beyond all subjectivity if she so wishes. That is, any interactive environment has an understanding of ‘free agents’ (if not actually free agents) who do things that the subject cannot do, while the subject itself is stuck in limited responses to the environment, and with limited abilities to adapt to the environment’s challenges to their continued existence in it.

That is also what it is to be an animal in a human’s world.

On the other hand, it is to the extent that the child can sustain the look of another in the presence of a third party that he can find the assurance of an identification with the image of his own body. Jean-Louis Baudry, “Ideological Effects of the Basic Cinematographic Apparatus”4

“Cyber-“ as a prefix is from the Greek κυβερνάω, “to steer.” And of course, poetry and poiesis are also from the Greek ποιητής, “to write” or “to compose.” Thus the cyberpoet writes steering, she guides, she limits, she hurds. The cyberpoet writes beings with limitations; and the cyberpoet also writes the environments with conditions and laws. She even writes the adaptations and forms of mastery for her animals over that environment.

And her work comprises the sum, the cyberpoietic, the “bringing into being which did not exist before.”

And much like the passive mode of reception enables ideological access (inception and sensation in the viewer), the active enables access through an experiencing and remembering of a limited existence. To dream with the memories of a thousand cows is not to become a cow, but to be able to remember a life in which one was a cow, and could only have been a cow. Maybe being a cow could be fun. Maybe being a cow could be the experience that constitutes multiple products – or a genre of those products, or an industry of those products. They would market themselves on the limitation, and they would be recalled in the subject alongside the metadata that those experiences were limited, and demarcated as belonging to another being – not human.

This is not to say that interactive artists (“game developers” if you like) haven’t attempted to mimic that difference in agency that marks the human from the beast – the iterative improvement, the ability to create tools, the adaptation that comes from changing the self and the environment, and passing that information onto others. All this can be found in differing degrees in the right games, but they are always secondary to one specific adaptive mode of interaction with the environment.

This is the appeal and the flaw of an open world game. It markets itself on providing everything; but it also only appeals through the limits of the world and the subject that interacts with that world in limited ways, as a form of mastery in itself.

… the cybernetic brain was not representational but performative, as I shall say, and its role in performance was adaptation. Andrew Pickering, The Cybernetic Brain5

“If there are limited actions one can take, with demonstrated affects to the environment, and a desired end-state for the environment, then the actions can be manipulated such that the end-state becomes more likely.” This is the main challenge of a video game, and while the game initially bundled itself with a suggested, desirable end-state, the industry is deconstructing itself so far that it’s already provided multiple layers of end-states with quantified scores for each obtained end-state, and a cottage industry of hobbyists and professionals designing their own end-states and mastering those outside the prescribed area entirely within the same set of limitations.

This is the human brain’s main utility applied to a recursive model of pleasurable engagement: as Pickering states, adaptation. Humans can model the limited agency of a phantom subjectivity within a phantom environment, suggest desired end-states for the environment, with tools to perform iterative changes on the phantom self (and on that environment), and master it accordingly.

The point of interactive media isn’t to achieve realism – or rather to achieve other worlds with human levels of subjectivity. Humans have begun to seek their limitations, to seek lowering themselves. The environment has been mastered; the self has been amended; all that is left is to fulfill the animal wetware that has bootstrapped all this into being, or else discard it entirely.

The last human desire is now to become, and to become something distinctly inhuman, at that; but video games don’t point to the transcendence, they point to purposefully, masterfully, forcing oneself into a body that could never experience humanity.

Is that what it’s like to be an angel in a human’s body? Putting on a wineskin for fun?

And while the human species is bootstrapping something on the macroscopic, it’s important to recognise the myriad ways that insidious process maps itself onto the microscopic – that the individual participates in a ritualistic transcendence, or a ritualistic lowering, to satisfy a need that drives them each and every single day.

So are we beings or are we a process? And what is the end-state for the cyberpoietic being? What are the limits we cannot do without, that we could not bear to transcend? Or will we otherwise construct them to full human emulation and begin recursion anew?